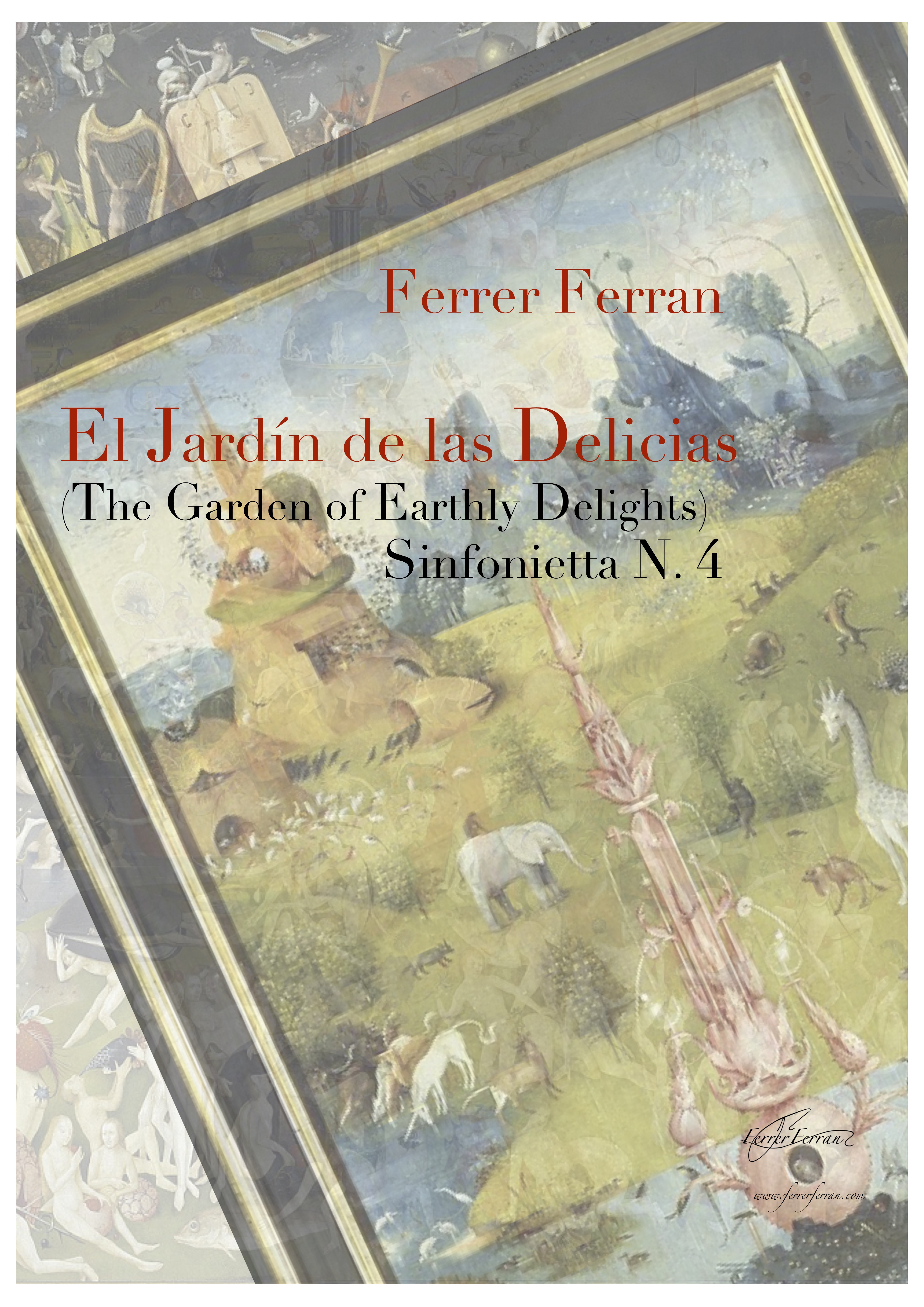 The Garden of Earthly Delights (1490-1500) is the most renowned work by Dutch painter Hieronymus Bosch —nicknamed “El Bosco” in Spanish. It consists of an oil paint triptych regarded as one of the most fascinating, intriguing, and appealing creations in the history of art.

When closed, the painting we see depicts the third day of the creation of the world. God the Father, as the creator, is in the upper left-hand corner surveying his work, the world, which we see inside a transparent sphere, symbolising the fragility of the world.

The open triptych shows three scenes, bright and colourful, representing the evolution of human life. The left-hand panel portrays Paradise with Adam and Eve and the fountain of life, while Hell is depicted in the right-hand panel. The central panel gives name to the whole painting representing the delights and pleasures of earthly life which are not only allusions to sin, but also humanity submitting to worldly pleasures.

In the era of Bosch, the number 3 was considered complete and perfect, as in the three parts of the triptych, and all together: the creation of life.

In all parts of the composition the third interlude is the guide by which the composer creates every melody, encompassing all of its characteristics.

The three movements of the Sinfonietta represent each of the panels of the triptych, detailing in music all the elements shown in the masterpiece.

The first movement, El Paraíso (Paradise), expresses the beauty of the earthly paradise, Adam and Eve, the formation of mountains and seas, all species of animals, and the tree of life, but also includes a coiled snake representing evil.

The second movement, El Infierno (Hell), aggressive and provocative, depicts the punishment humanity may be doomed to suffer.

In contrast, the beautiful landscape blossoms with the third movement titled El Jardín de las Delicias (The Garden of Earthly Delights) where multiple nude figures are committing sins, accompanied by real and imaginary animals, and communicating the clear message of human: weakness and ephemeral nature of happiness.